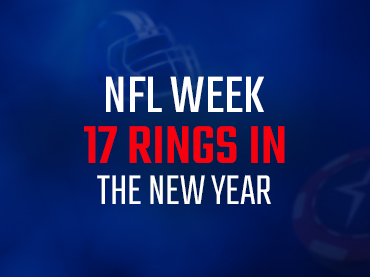 New Year’s Day used to be all about College Football but the NFL is taking things over this Sunday, January 1st in Week 17 of the regular season.

But first, the week begins this Thursday night with Dallas (-10) at Tennessee. The total is also 41 points at the Americas Cardroom sportsbook. The Titans are on a 5-game game losing streak (0-4-1 ATS) and this game is essentially meaningless for them as the Week 18 game against Jacksonville will decide their playoff fate either way. That’s one of the reasons the spread is so high.

Elsewhere around the league, Denver is getting 13.5 points at Kansas City in an AFC West battle. The Broncos just fired coach Nathanial Hackett during a disastrous first season and it wouldn’t be surprising to see the spread get to -14 or more.

There is also an incredible MNF game with Buffalo (-1.5) at Cincinnati, which will have major implications for the top seed in the AFC Conference.

See all the Week 17 NFL odds below. To see the rest of the sportsbook, just click on ‘Sports’ in the poker client.