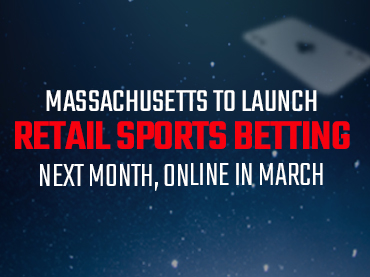 Massachusetts is closing out the year with great news for all aspiring gamblers in the state. As an early Christmas present, stakeholders learned midway through last week that Bay State retail sports betting will begin at three casinos on January 31. State regulators also made it clear that they are fine-tuning the final details for online sports betting, and the launch date is scheduled for March. Americas Cardroom fans in the state can only wait patiently.

In October, the Massachusetts Gaming Commission (MGC) had assured that the start date was on schedule for the end of next month, and it appears that promise is being kept. Encore Boston Harbor, MGM Springfield, and Plainridge Park Casino (PPC) in Plainville were the three resorts that received approval to begin retail sports betting operations.

All Massachusetts residents over the age of 21 will have the ability to legally wager on Super Bowl 57, scheduled for February 12. It is important to note that the January 31 launch date does not include the NFC and AFC championship games. This announcement is seen as the close of an extremely busy month for state regulators.

In addition to having granted the three retail licenses for the casinos, the MGC also focused on the three mobile licenses tied to the casinos. These permits went to BetMGM Sportsbook, tied to its namesake casino in Springfield, and WynnBET and Caesars Sportsbook, tied to Encore Boston Harbor. There is no specific date for the opening of this market, but the MGC said it could be in early March.