Packers look to keep up momentum in NFL Week 11 odds 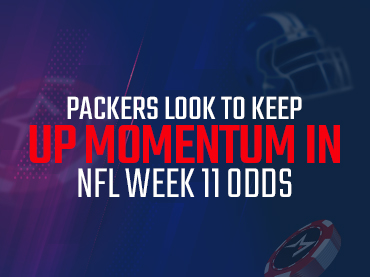 The Green Bay Packers look to build off their comeback 31-28 OT win against Dallas when they host the Tennessee Titans on Thursday night. This is the start of Week 11 of the NFL season.

The Americas Cardroom sportsbook has Green Bay as 3-point home favorites with a low total of 41. That might be surprising to some bettors as the Pack are still just 4-6 after their thrilling win against Dallas last week at Lambeau. Tennessee is 6-3 on the season and is leading the AFC South.

There are 14 games on the schedule with four teams on a bye. They are Miami, Seattle, Tampa Bay and Jacksonville. One game with a recent spread move is the L.A. Rams now +4.5 at New Orleans. The Rams are a league-worst 2-6-1 ATS on the season and just lost star receiver Cooper Kupp for possibly the entire year.

Take a look at all the Week 11 odds below. To see the rest of the sportsbook, just click on ‘Sports’ in the poker client.