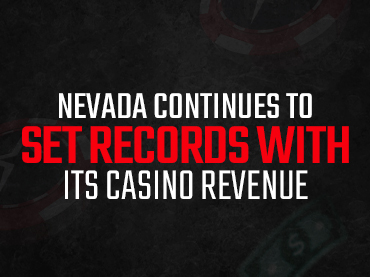 If the casino industry wants to brag about being a moneymaker, Nevada is, without a doubt, the prime example. As has become customary month after month on Americas Cardroom news, this market in the Silver State continues to keep its record intact, with October being the latest period to surpass $1 billion in casino money. As 2022 draws to a close, it looks like Nevada and its myriad of casinos are managing to close it out on a high note again.

At least $1 billion has been recorded over the past 20 months at Nevada casinos. Yesterday, figures were released that showed that October, even with economic hurdles, showed no signs of slowing down. The Nevada Gaming Control Board (NGCB) released the gross gaming revenue (GGR) report, and it was not disappointing at all.

With that, it means that the casino industry in the Silver State has reached its 20th month, where winnings have exceeded eight figures. This is certainly a historic milestone, considering that the previous longest streak of earning these extravagant amounts was only eight months, beginning in October 2006 and ending in May 2007.

“The Strip continued to benefit from another incredibly strong sports and entertainment calendar, which included concerts, residences, and three high-profile sporting events,” said Michael Lawton, senior economic analyst at NGCB. Over the past 12 months, Las Vegas Strip GGR is up 30%. Experts say the Strip’s performance will cause Nevada’s gaming industry to set another GGR record this year.