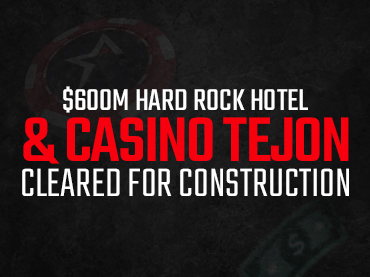 One of the most difficult steps to start a large-scale construction is the corresponding approvals. However, after several months on the waiting list, the Hard Rock Hotel & Casino Tejon has received official federal approval to begin construction of the $600-million casino.

The news comes after the US Department of the Interior’s Bureau of Indian Affairs agreed to take approximately 320 acres of land owned by the Tejon Indian Tribe into federal trust. The Tejon Indian Tribe is one of several federally recognized Native American tribes in California. For several years, this tribe has sought to have its lands acquired in Mettler placed on the Federal Register.

This federal distinction process is required in order for the state to have the opportunity to enter into a Class III gaming compact with the tribe. As a result, this paves the way for the Tribal Nation to start a casino capable of operating and hosting Las Vegas-style slots and table games.

In the middle of this year, California Governor Gavin Newsom signed the Class III compact with the Tejon Tribe. Since then, the participation agreement was only requiring federal approval to go into effect. Five months later, that news is making headlines on Americas Cardroom, indicating that everything is going according to plan.

Tejon Indian Tribe Chair Octavio Escobedo III said, “The Tejon Tribe now has a homeland where its citizens can work and live together and collectively ensure a safe and economic environment for all.” On the other hand, Kern County spokeswoman Ally Soper said in a statement that construction of the Hard Rock Hotel and Casino itself is set to begin soon. This will mean that Kern County can now join the elite list of cities that provide this resort to its community and visitors.