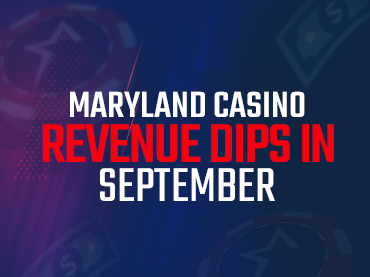 Maryland’s casinos have seen nothing but gains since COVID-19, but last month dropped

Maryland and its casino industry saw a decline last month. The state’s six commercial properties saw a nearly 4% drop as gamblers lost $159.3 million versus homes. September was certainly not a month for this market, which usually always shows good results.

The Old Line State is usually the first to report its monthly gross gaming revenue (GGR) reports. Last month’s monthly report represented a drop of 3.71% less than the same period last year. Such a result could indicate that the national gaming industry is headed for a cooling-off period.

Horseshoe Casino Baltimore is another that hasn’t seen a strong recovery either. While this is Caesars Entertainment’s only property in Maryland and could be liked by many gamblers for it, the casino reported a GGR of $17.3 million, down 2% from September 2021.

Ocean Downs in Berlin, Hollywood Perryville, and Rocky Gap are the three resort-style casinos. Still, they had combined earnings of just $21.4 million, representing a year-over-year decline of about 2%.

None of this could really be seen as a national trend. Gaming revenue figures in a large number of commercial gaming states are operating at higher levels than the properties experienced prior to the pandemic. Additional state GGR reports coming in the next few weeks will tell if the US gaming industry may also look to reduce different expenditures as gaming declines. Americas Cardroom will provide related updates.