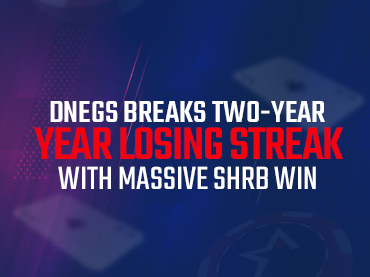 It had been quite some time since the fans on Americas Cardroom had heard Daniel Negreanu being linked with victory. However, the poker pro seems to have retaliated in a big way to become the new Super High Roller Bowl (SHRB) VII champion. As a result of this big win, he captured the top prize of over $3.3 million and the SHRB championship ring.

Negreanu’s victory in SHRB VII is of enormous value to the Canadian, who, with it, breaks a lot of jinxes and negative trends that had been weighing him down over the past two years. Excluding 2020, for the reasons known to all, and his horrible 2016, this season was, until now, the least profitable for Negreanu in the live circuit since 2010.

His last achievement of any significance was topping the overall at last year’s Poker Go Cup. However, recent big events such as the WSOP or the iconic tournaments of the US circuit have punished him with many early eliminations and many showdowns against him in key pots.

Another curse that Daniel breaks is that of heads-up tournaments with buy-ins over $100,000. He had reached that stage five times in his career, and all five times, he had been defeated, in the original SHR Bowl, in the $100,000 SHR of the EPT, and even in a Big One for One Drop.

At the end of the day, Negreanu made his way to the winner’s circle for the second-highest live tournament score of his illustrious 30-year career. The win also earned Negreanu 600 points in the PGT qualifying race, which put him in the top 21. If Negreanu remains in that lot, he will be eligible to compete in the season-ending PGT Championship for the $500,000 to the winner of the tourney

Negreanu now has more than $49.5 million in live tournament earnings for third on that list which is topped by Justin Bonomo with more than $58 million. The Poker Kid has had a good run in six-figure tournaments but had never won one. He finally found a way to end that streak.