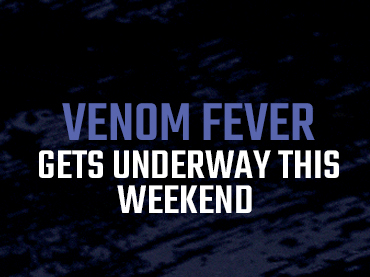 Can you believe that today is the last day of September?  While it should be obvious that October is now mere hours away, you might not realize that the $5 Million Venom PKO begins in less than three weeks. That’s right, online poker’s biggest progressive knock out tournament starts Thursday, October 20th with Day 1A.

You probably already know that you don’t have to spend $2,650 to throw your hat in the ring.  That’s because we’re running freerolls, Blitz Satellites starting at 11 cents, as well as On Demand Step and Skip Tournaments that cost next to nothing.  But this Sunday, we’re also starting Venom Fever.

In fact, we’re guaranteeing at least 39 seats this Sunday alone. Here’s the schedule:

Don’t forget that the $5 Million Venom PKO has four Day 1 options (October 20th, 23rd, 27th and 30th), so punching your ticket is easier than you might expect.

For more information on Venom Fever and the $5 Million Venom PKO, visit www.americascardroom.eu/online-poker-promotions/the-venom-progressive-knockout/#Overview