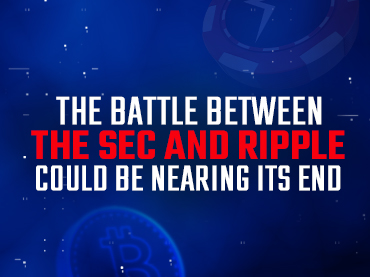 The critical court case between the Securities and Exchange Commission (SEC) and Ripple Labs that has captured the attention of the cryptocurrency industry in recent years may soon come to an end. Because of this, the price of XRP has broken out of a short-term pattern and could soon break out of a long-term downward resistance line.

This followed news that both Ripple and the SEC had asked a judge to settle the ongoing lawsuit. The crypto community on Americas Cardroom has a mostly positive outlook for the case. Some suggest that the price will cross $0.40 if a settlement is reached.

In addition, many are optimistic about the possibility of a settlement due to the fact that Ripple Labs argues that there is no investment contract. As a result, the speedy trial motion is seen as a smart tactic that could lead to the SEC settlement.

XRP has been following an ascending support line since hitting a low in March 2020. Most recently, the line was validated twice in June and August. The support line also coincides with the $0.315 horizontal support area, increasing its validity.

This could be a “buy the rumor, sell the news” phenomenon. This, in trading, refers to how the market becomes bullish on the imminence of an event that, upon arrival, leads to a wave of selling and a bearish move in the asset in question. This is the same that happened with the Ethereum Merge.