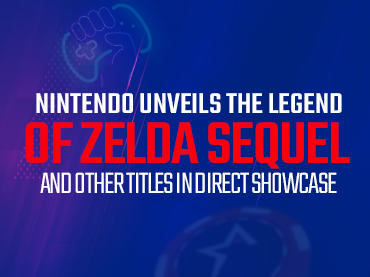 Nintendo players have a lot to look forward to after the global game giant unveiled several key titles during Tuesday’s Nintendo Direct showcase.

Among other developments, the company announced that the launch date for The Legend of Zelda: Tears of the Kingdom will be May 12th, 2023.  The Nintendo Switch game is the sequel to the widely popular Legend of Zelda: Breath of the Wild’s.

Zelda fans will likely appreciate Tunic, a fantasy action adventure game that is already available to PC and Xbox players. The game will make its debut on the Nintendo Switch on September 27th.

Shigeru Miyamoto made an appearance during Nintendo Direct to announce Pikmin 4, which will be coming to the Switch next year.  He also gave shout outs to Super Nintendo World, the Super Mario Bros. movie, and Pikmin Bloom.

Switch owners will soon be able to enjoy 2021’s Game of the Year, as the Nintendo version of It Takes Two will drop on November 4th. Players will be able to compete in online co-op, couch co-op, and local wireless modes.

This coming winter is looking pretty promising too.  On January 20th, Engage, which is the follow-up to Fire Emblem: Three Houses, will be released.  And early in 2023, Fatal Frame: Mask of the Lunar Eclipse will debut in North America.

A replay of the entire Nintendo Direct showcase can be found at https://www.youtube.com/watch?v=UJ9Iz7HhU-I.