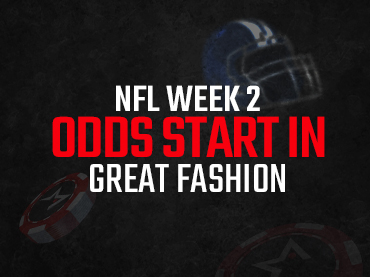 NFL Week 2 gets underway tonight and it’s one of the best games of the entire slate with the L.A. Chargers visiting the Kansas City Chiefs in an AFC West battle.

The Americas Cardroom sportsbook has Kansas City as 4-point home favorites with a total of 54 points. Both teams won and covered in Week 1, with the Chiefs more impressive overall, a 44-21 road win at Arizona.

Last week we talked about the preponderance of road favorites with 10 of the 16 games overall. They ended up going 6-3-1 against the spread. This week, there are only four total road favorites, including three in the 1pm ET timeslot.

Two more notes to point out is that Detroit is favored (-1 vs. Washington) in a game for the first time since Week 11 of the 2020 season. There are also two Monday night games this week for your viewing (and betting) pleasure.

Take a look at all the Week 2 odds below. To see the rest of the sportsbook, just click on ‘Sports’ in the poker client.