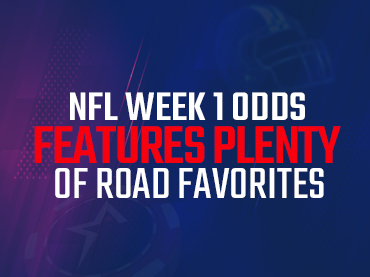 Are you ready for some football? The NFL regular season returns tomorrow night (Thursday) as the defending champ L.A Rams host the Buffalo Bills.

The Americas Cardroom sportsbook has Buffalo as a 2.5-point chalk as the Bills are the favored team to win the Super Bowl.

This is a very popular week for road favorites overall. 10 of the 16 teams have the road team favored, an extreme rarity. One of those favorites is San Fran (-7) and their unproven quarterback Trey Lance at Chicago. Lance will be looking over his shoulder after Jimmy Garoppolo was unexpectedly kept on the team as his backup.

Among the home favorites are Carolina (-1.5) over Cleveland as quarterback Baker Mayfield looks for revenge against his old team. The Browns are forced to start quarterback Jacoby Brissett with Deshaun Watson suspended the first 11 games.

Take a look at all the Week 1 odds below. To see the rest of the sportsbook, just click on ‘Sports’ in the poker client.