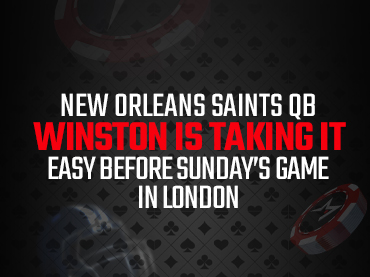 The Saints meet the Vikings in London on Sunday, and they need Winston to be healthy

While injuries continue to plague the New Orleans Saints quarterback, Jameis Winston says he plans to play Sunday against the Minnesota Vikings in London. Having had a day off in the European country, the QB believes he could be in prime condition to play his best and return home with a much-needed win. Fans on Americas Cardroom are hoping to see him throw effective passes.

Practice was held yesterday at the London Irish Facility, but Winston was not a part of it. The team’s intention in giving him the day off was to rest and have a better recovery process from his injuries. The QB said he will return to the practice scheduled for today.

“They told me I wasn’t practicing. It wasn’t my choice,” Winston said. “I’m preparing like every week — preparing to play.”

He had a “did not practice” designation yesterday after being listed as limited the past two weeks because of injuries to both his ankle and back. Saints head coach Dennis Allen told reporters after practice that it was necessary for Winston to rest to ensure he is in stable condition for the upcoming challenge in the Swinging City.

Michael Thomas, the team’s wide receiver, also missed yesterday’s practice due to a foot injury, while an ankle injury also ruled out wide receiver Jarvis Landry. Wide receiver Tre’Quan Smith (concussion) practiced in a limited capacity. Allen is aware that all of the players are key to the team, but he expects them to have speedy recoveries as the train rolls on.