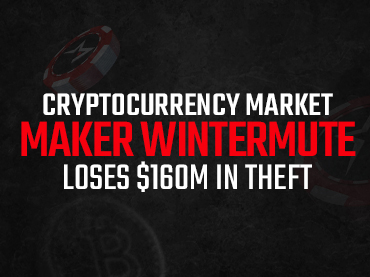 Wintermute calls itself “one of the largest players” in the global cryptocurrency market. The firm claims to manage “hundreds of millions” in assets and trades more than $5 billion per day. Its founder and CEO, Evgeny Gaevoy, goes by “wishful cynic” on his Twitter account of just under 20,000 followers. Based in London, this cryptocurrency trading company has now starred in the latest cyber heist in an industry plagued by this kind of crime. Gaevoy tweeted recently that “we have been hacked for around $160 million in our DeFi operations.”

DeFi apps are platforms that facilitate cryptocurrency-denominated loans outside of traditional banking, using algorithms that set real-time rates based on supply and demand. Such appears that the company remains solvent after the attack. Its owner added in the Twitter thread, “If you have money in Wintermute, again, we are solvent, but if you feel safer recovering your investment, we can absolutely do that.”

Wintermute is known for providing liquidity on more than 50 exchanges and trading platforms, including Binance, Coinbase, FTX and Kraken, as well as decentralized platforms Dydx and Uniswap. It is also an active investor, having backed startups such as Nomad, HashFlow and Ondo Finance. Gaevoy or Wintermute did not disclose when the attack took place or how the attackers were able to succeed, or whether it alerted law enforcement.

Wintermute is the latest in a growing list of cryptocurrency firms to be hacked in recent months. Many in Americas Cardroom will recall that hackers stole more than $190 million from cross-chain messaging protocol Nomad last month.