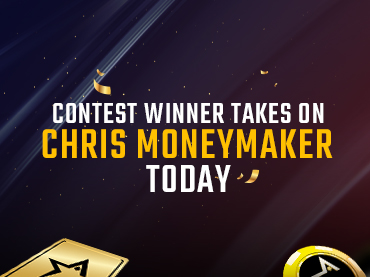 Have you been following along with our ACR Heads-up Party? This a 16-player poker bracket that has each of the heads-up matches broadcast on Twitch, along with top-notch commentators. The winner gets Venom tickets for an entire year, a $10,600 value.

The bracket is filled mostly with ACR Pros, but one of our ACR Stormers in also in there and he won against Jon Van Fleet in one of the two opening round matches on Wednesday.

Perhaps the most exciting entrant is our Social Media contest winner. For the contest, we asked all our players to tweet a video saying why we should choose them to play in the ACR Heads-up party (and potentially win those four Venom seats).

The winner (twitter name: loperchaun) is taking on ACR Pro and 2003 WSOP Main Event winner, Chris Moneymaker today. This will be the second of two matches on the Americas Cardroom Twitch channel starting at 4:30pm ET, with the first being a battle of ACR Pros, Jon Pardy vs. Rob Kuhn.

Take a look at the contest winner’s video submission below and don’t forget to watch him play against Chris Moneymaker today at 4:30pm ET!