Bally’s Atlantic City sells for much less than expected 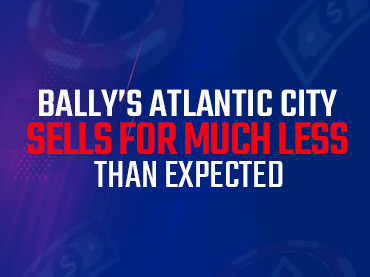 In a deal that was undoubtedly a bargain for Twin River Worldwide Holdings, Bally’s Atlantic City was sold for a mere $25 million. The move comes as Eldorado Resorts and Caesars Entertainment continue to reduce their portfolios before the merger is completed. Transactions usually reported on Americas Cardroom contain more figures, but this one was undoubtedly much less than expected.

Rhode Island-based casino operator Twin River also announced plans to acquire two Eldorado properties; MontBleu Resort Casino in Lake Tahoe, NV, and Shreveport Resort and Casino in Louisiana. Both properties will be owned by the company for a total consideration of $155 million. These purchases are in line with the company’s goal to expand and diversify its portfolio, according to Twin River CEO George Papanier.

Twin River Casino Hotel in Lincoln and Tiverton Casino Hotel were the two locations in RI that first expanded the company’s casino holdings in March 2019. At that time, the merger with Dover Downs Gaming and Entertainment in Delaware took place. Joining forces with that firm was in response to the opening of three commercial casinos in Massachusetts and the expected impact they would have on Little Rhody’s casinos.

Bally’s Atlantic City, which opened in the late 1970s, was once considered the most beautiful complex on the Boardwalk. However, the current facility has fallen into disrepair and its profitability continued to decline.

It is possible that Caesars’ poor timing meant that the company did not have the opportunity to make needed improvements at Bally’s and thus maintain the company’s competitiveness. Twin River appears to have the resources to bring the resort back to life and having obtained the property at a low cost, there will be plenty of investment available to give it a new look.