August was another good month for casinos in Ohio 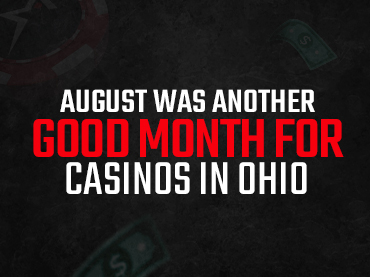 Last month will undoubtedly go down in the history of Ohio’s 11 casinos and racinos. The entertainment complexes were able to have gambling revenues in excess of $195 million in August, a figure that comes in to surpass the previous record of $194.2 million set in August 2021. The data was shared by the Ohio Casino Control Commission (OCCC) and the Ohio Lottery Commission.

July was the month that undoubtedly marked the highest revenue ever, $206.7 million. However, August proved to be a period where casinos had incredible revenues worthy of framing. This gaming revenue is based on the money that both racinos and casinos retain after winnings are paid out, but before state taxes and fees are taken into account.

The Buckeye State currently has four casinos available to Americas Cardroom gamblers. Combined, they were able to collect a combined total of $84.2 million in August, up from $82.4 million in August 2021, according to OCCC reports.

The casino that stood out the most was Hollywood Casino Columbus, as it earned more revenue in August 2022 ($22.2 million) than in August 2021 ($21.1 million), as did Hard Rock Cincinnati ($21.1 million vs. $19.9 million). JACK Cleveland Casino and Hollywood Casino Toledo were no slouches either, with revenues of $21.8 million and $19 million, respectively. Those figures were similar to last year’s August revenues.