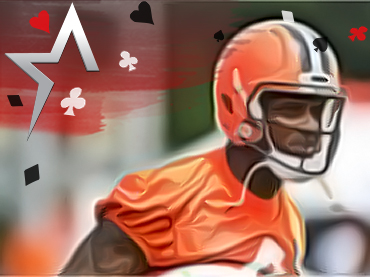 Cleveland Browns quarterback Deshaun Watson had the initial phase of his sentencing yesterday for off-the-field issues and the news had little effect on the Super Bowl odds.

The judgement was issued by disciplinary officer Sue L. Robinson and was considered a lenient punishment by most. However, the league has a right to appeal the decision, and that means NFL commissioner Roger Goodell can basically choose any punishment he sees fit, with a year-long suspension still not out of the question.

As you can see below from the updated Super Bowl odds at the ACR Sportsbook, Cleveland ranks 15th at +3150. The team was +3099 to win the whole thing (also ranked 15th) back on July 19th.

Cleveland is expected to start Jacoby Brissett for any games that Watson misses. He is a solid backup but is not someone that is going to propel his team to wins.

Bettors’ best hope is that the Watson suspension stays at six games (unlikely). Another scenario is a longer suspension given to Watson, with the trading for / signing of 49ers quarterback Jimmy Garoppolo. That could result in a move up in Cleveland’s Super Bowl odds.