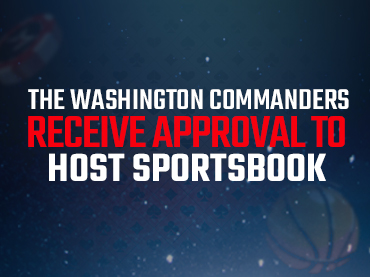 The approval arrives only days after the application was announced

A few days ago, it was reported on Americas Cardroom that the NFL’s Washington Commanders were filing the necessary paperwork to conduct sports betting operations. Today, the franchise is excited to announce that it has received initial approval to have a sportsbook at FedEx Field. These sports betting licenses were also approved for two other Maryland locations.

Yesterday morning, the Maryland Lottery and Gaming Control Agency (MLGCA) met for the purpose of granting three retail sports betting facility licenses. One of the most attention-grabbing permits was the one given to FedEx Field, where the Commanders hold their home games. Many of the team’s fans will now be able to make a strategic stop and plant some confidence in the outcome before even going to their seats.

It is important to note that the Sports Wagering Application Review Commission (SWARC) is still doing the necessary paperwork to license the three entities before they can go through the final facility verifications with the lottery. Once those two steps are fully completed, the locations will be given the go-ahead to open their retail sportsbooks.

Dan Snyder, the owner of the Commanders, also owns Maryland Stadium Sub, the company that applied for the sports betting facility license at FedEx Field. The approval generated some controversy because after reviewing the businessman’s background, investigators found details that they consider worthy of further analysis. Among these are that Snyder has fostered a toxic workplace for years in Washington and allegations more than a decade ago related to sexual harassment.

However, because there are no criminal charges and Snyder is in good financial health, the lottery could not deny initial approval to him and Maryland Stadium Sub. “MLGCA’s investigation has confirmed that the Applicant has sufficient financial resources and found no derogatory information regarding the Applicant’s qualifications,” the report says.