The NFL’s Washington Commanders want their own sportsbook 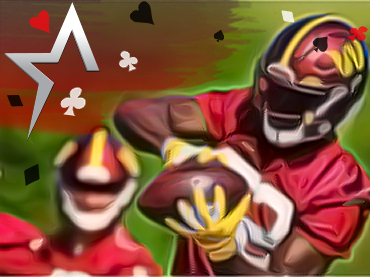 While these are months when NFL teams should be focusing on training to go all-in for the upcoming season, the Washington Commanders are interested in a plan or two off the field. Sports betting has been a growing market over the past few years, with the Commanders being the latest professional team to seek their piece of the pie.

The NFL team has announced that it is looking to obtain an inside sports betting license but has not yet disclosed a partner for its retail sportsbook at FedEx Field. Next week’s Maryland Lottery will be held and a retail sport betting license application from the Commanders is expected to be one of the topics to be discussed.

Maryland Stadium Sub LLC is said to be listed as one of three applicants scheduled for an initial qualification hearing. According to various media reports, it has been discovered that the firm listed its business address as 1600 FedEx Way.

This is the same location as the franchise’s stadium. Coincidences announced on Americas Cardroom often become realities, so readers may have a clue as to what joining forces will be in evidence in the future.

It is worth noting that while a retail partner has not yet been announced for the proposed retail sportsbook at FedEx Field in Landover, MD, FanDuel is confirmed as the partner that will accompany the team with online operations in Virginia. FanDuel has a retail book at Live! Casino Maryland

The news may not come as a shock to many, considering that Maryland legislation paved the way for 17 locations to be eligible to apply for sports betting facility licenses. FedEx Field, home of the Commanders, is on that list, while Betfred, which recently partnered with Long Shot’s, is one of three other applicants on the lottery list.