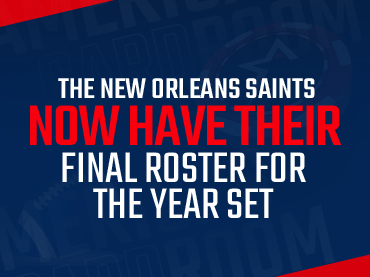 Yesterday was certainly a busy day at the New Orleans Saints front office. Executives in the company of head coach Dennis Allen had to move several important pieces to trim their roster to 53 players, resulting in a cut of more than 20 names. It was certainly not an easy task and many of the names that were let go may not have been fan favorites on Americas Cardroom.

Even with the vast moves that were made to meet the requirements, the biggest surprise came via a trade involving an absolute fan favorite. The Saints reportedly traded defensive back Chauncey Gardner-Johnson to the Philadelphia Eagles.

In addition to Gardner-Johnson, the Louisiana franchise is sending its seventh-round draft pick in 2025 to the Eagles. As part of the deal, the Saints will now get a fifth-round pick and a sixth-round pick in 2024. This means the team will not immediately benefit from this deal for at least the next couple of years.

Gardner-Johnson was a 2019 fourth-round pick out of Florida and once he joined the Saints roster it didn’t take long for him to become a highly productive member of the defensive backfield. Clearly, the trade has raised many speculations among the community, from personality conflicts between the player and coaches, to the belief that the team would not be able to sign Gardner-Johnson to a long-term deal.