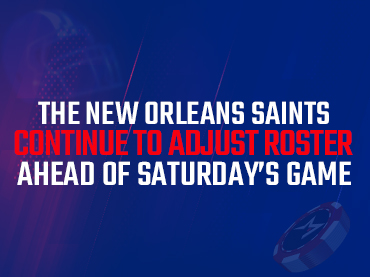 There is no doubt that New Orleans Saints fans on Americas Cardroom are counting down the hours until tomorrow. The team will have to travel to NRG Stadium and try their best to get past the Houston Texans. A few hours before the game, some changes have been reported in the Saints’ roster.

First reported was the decision to let go of veteran running back Malcolm Brown. The news was followed by a reported injury casualty; defensive back Bryce Thompson, who will not be able to be a part of the game thanks to a recent injury. According to details, Thompson appeared to be dealing with severe lower leg pain during Tuesday’s practice at Saints training camp and was cut mid-week.

As a result of this move, the defensive back could end up on the Saints’ injured reserve list if he is not claimed or does not reach an injury settlement. Thompson is a rangy second-year athlete from Tennessee. Brown, on the other hand, has a seven-year NFL career, starting his first six seasons with St. Louis and Los Angeles Rams before playing last season for the Miami Dolphins.

The Saints acquired Brown a few weeks ago, shortly before training camp was set to begin. However, the decision appears to have been less than timely as it was reversed in a short period of time.

Through his social networks, free agent quarterback KJ Costello, who played for the Philadelphia Stars of the USFL earlier this year, made it known that he was reaching an agreement with the Saints. This new addition would give the Louisiana franchise a third quarterback available for tomorrow night first preseason game in Houston. It should be noted that Jameis Winston will not be available due to a sprained right foot.