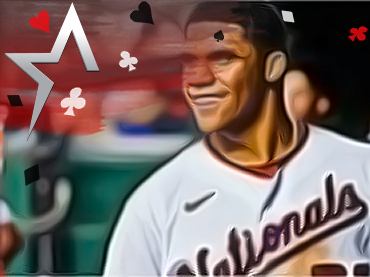 The MLB Trade Deadline was 6pm ET last night (Tuesday) and the San Diego Padres appear to be the biggest beneficiary.

The Padres were the consensus deadline winner after acquiring third baseman Juan Soto and first baseman Josh Bell from the Washington Nationals. The team currently sits 11.5 games behind the Dodgers in the NL West but would make the playoffs as a wild-card if they started today.

The Padres have also made a move in the World Series odds. Note these are from another sportsbook with the ACR odds updated shortly. They currently sit in 6th place overall at +1100 after being +1820 at the All-Star break.

Looking at the rest of the league, the Yankees and Dodgers are now tied at the top (+390 each). The Yanks did a nice job in acquiring outfielder Andrew Benintendi and starting pitcher Frankie Montas. The Dodgers were a little quieter at the deadline but it wouldn’t be surprising if these two powerhouses meet in the Fall Classic.

Note you can see all the MLB future, game and prop odds by clicking on ‘Sports’ in the poker client.