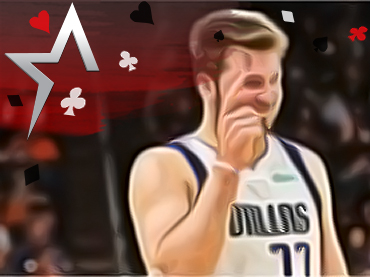 The NBA regular season doesn’t begin until October but the MVP Odds have already been released at the Americas Cardroom sportsbook.
As you can see from the odds below, Dallas’ Luka Doncic is the favorite at +450, followed by Milwaukee’s Giannis Antetokounmpo (+600) and Philadelphia’s Joel Embiid (+700).

Embiid may have missed his best chance to win MVP last year, finishing second overall. The 76ers will likely want to keep his minutes somewhat down this year to make sure he’s fresh for the playoffs.

The winner of the MVP award the last two years, Denver’s Nikola Jokic, currently sits at +1200 odds. The last player to win the award three-straight seasons was Boston’s Larry Bird in the mid-1980’s.