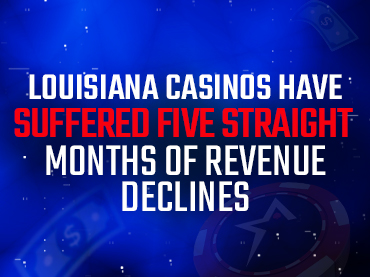 It appears that high inflation and high gasoline prices continue to affect the gaming industry in Louisiana. As a result, regulated casinos in the state are once again making headlines on Americas Cardroom, but not for the better. The resorts have reported their fifth consecutive month, evidencing reduced year-over-year profits.

Louisiana currently operates one land-based casino, four racinos, and 13 riverboat casinos. As much as they all join forces to pull themselves out of their slump, none of the efforts seems to be really paying off. The 18 properties in total grossed just over $204 million during July, which is 8% less than the $222 million earned during the same period in 2021. The figures were released recently by the Louisiana Gaming Control Board.

Treasure Chest in Kenner, Boomtown in Bossier City and Margaritaville in Bossier City were the only three properties that managed to pull off the task during the past month as they posted gains compared to the previous year. More than $118.3 million was wagered on sports last month, with casinos generating $20.6 million in revenue. That market was represented by nearly 94% through online platforms.

Approximately $1.3 billion has been wagered on sports in the first seven months of the year. In July, Bally’s Shreveport joined the competition after opening its own sportsbook. This made Belle of Baton Rouge now the only gaming venue in the entire Pelican State without offering sports betting.

According to recent data, video poker revenues declined even more than casino profits. Machines at truck stops, bars, and restaurants generated $66.7 million during July, down 9.7% from the $73.9 million in revenue reported in July of last year.