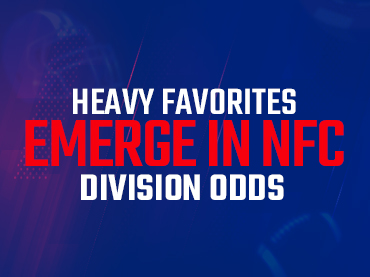 Week 1 of the NFL Preseason gets underway tonight (Thursday) with two games. In honor of the occasion, yesterday we updated the AFC Division odds at the Americas Cardroom sportsbook.

And now it’s time to look at the NFC!

The NFC Division odds are overall not as close as the AFC. You have Green Bay (-207) and Tampa Bay (-322) as heavy favorites in the North and South, respectively. The East looks to be a two-team race between Dallas (+120) and Philadelphia (+147) that should go down to the wire.

The NFC’s tightest race is the West with the L.A. Rams (+118), San Fran (+169), and Arizona (+383) all worthy of consideration. However, the most interesting pick is long-shot Seattle (+1285). San Fran will almost certainly be releasing quarterback Jimmy Garoppolo soon and there’s a good chance he ends up in Seattle. While his presence will not likely result in a division title, the teams’ odds should drop significantly.

Check out the NFC Division odds below. To see all the NFL game, prop and future odds, just click on ‘sports’ in the poker client.