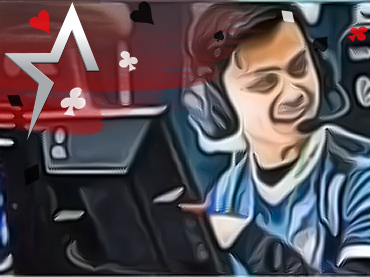 At the end of last month, rumors continued to surface about possible signings to the international Counter-Strike: Global Offensive (CS:GO) scene. At that time, it was indicated that Peter Jarguz “Stanislaw” would be returning to the ranks of Evil Geniuses (EG), but then two other names came up. The eSports organization recently came out to confirm all that was rumored, making clear the addition of neaLaN and vorborg to its core CS:GO lineup.

After the recent controversy involving Jake “Stewie2K” Yip, EG decided to give the Kazakh game leader Sanjar “neaLaN” İshakov a chance to be a part of its main CS:GO team. On the other hand, it has also opened the doors to former Copenhagen Flames head coach and eSports director Daniel Vorborg to be in charge of that lineup.

Among the recent hires was also an expected update on the signing of vitality shooter Kévin “misutaaa” Rabier to replace William “RUSH” Wierzba. However, Americas Cardroom fans who wanted to see him added to the roster were disappointed as the deal fell through. The organization had wanted to retain a North American core of three players.

The idea is to continue competing in the NA Regional Major Ranking (RMR) event. Had Misutaaa been signed, the organization would have had to move to the European format, which has a much higher level of competition today.

Since misutaaa was out of the equation, EG promoted Jadan “HexT” Postma to play with Timothy “autimatic” Ta and the rest of the team. EG, with these recent moves, has ensured that their CS:GO lineup is going strong for the BLAST Premier Fall Groups taking place this month.