Detroit’s casinos hand in their latest revenue figures for July 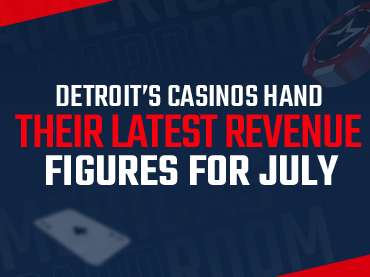 The city’s casinos continue to see strong results, with the MGM Grand leading the way

The Michigan Gaming Control Board (MGCB) reconvened once again to do the math and see how July went for Detroit’s three casinos. After crunching the numbers, the report shared yesterday indicated that collectively the trio of entertainment establishments were able to report $107.2 million in revenue last month. An extremely good figure that is making Americas Cardroom headlines month after month.

According to the report, revenues were mostly driven by slots and table games, totaling $105.9 million. The remainder should be credited to retail sports betting with a contribution of $1.3 million. It should be noted that online gaming revenues are not included here, as they are reported separately by the state.

As usual, MGM Grand Detroit once again came out on top as the casino with the largest market share at 48%. This is followed by the MotorCity Casino Hotel and Hollywood Casino in Greektown with a 33% and $19 share, respectively.

Michigan benefited from tax revenues of $8.6 million, although in July 2021, that sum nearly reached $9.5 million. In a significant update, the gaming control board yesterday voted unanimously to approve a one-year renewal of the three casino licenses. Therefore, more positive reports are expected for another period of time.