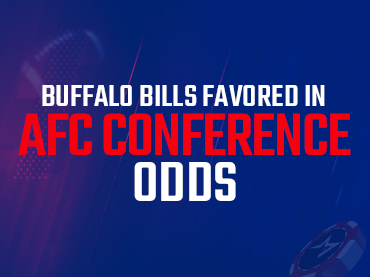 Week 2 of the NFL Preseason starts tomorrow (Thursday) night with one game, Chicago visiting Seattle as 3.5-point ‘dogs at the Americas Cardroom sportsbook. There are then three more games on Friday before a big slate on Saturday.

Here at the Big Blind Blog, we’ve been taking a look at future odds as we head into the regular season. It started with the AFC Division odds last week, followed by the NFC Division odds.

Now, we’re taking a look at each of the conference odds, starting with the AFC again. You will see that Buffalo (+305) is the favorite, in addition to being the overall Super Bowl favorite at +600. The Bills have never won the Super Bowl despite four appearances in the Big Game.

If I had to pick a long-shot with the most value, it would be Pittsburgh at +3450.