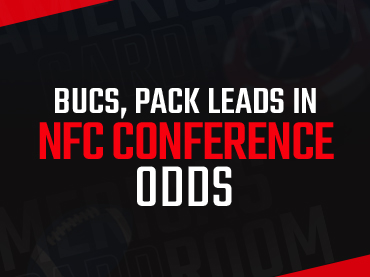 The Tampa Bay Buccaneers (+357) and Green Bay Packers (+435) lead the pack in the updated NFC Conference odds at the Americas Cardroom sportsbook.

Each team looks to have an easy path in their division, but still come with major questions. It remains to be seen how dialed in 45-year-old quarterback Tom Brady is, especially with the strange hiatus he’s currently on. Green Bay has a 38-year-old quarterback in Aaron Rodgers and there are tons of questions at the wide receiver position.