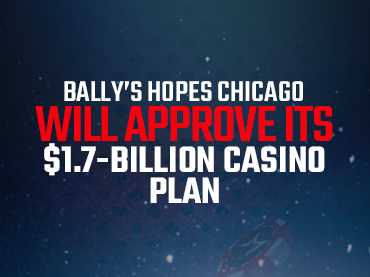 Regulators can sometimes be slow in granting approvals for different projects related to the casino industry. However, Bally’s is hoping for an early resolution after filing an application with the Illinois Gaming Board for approval of a $1.7-billion riverfront casino resort. While the city may be close to unveiling a temporary casino next summer, the board has up to a year or more to review the application.

The application was filed midweek, seeking approval of a plan by Bally’s for a $1.7 billion riverfront casino resort at Chicago Avenue and Halsted Street. In May, Mayor Lori Lightfoot signed and approved the proposal in City Council. Further success now depends on the approval of the Chicago Plan Commission.

The city is not concerned about the approvals, as it is believed that the Rhode Island-based gaming company will have no problem obtaining them. The green lights may come just in time to begin accepting wagers at a temporary casino set up at the iconic Medinah Temple in nearby River North next summer.

Under current state law, the Gaming Board has up to a year to review all such applications, a period that could even be extended if necessary. Since this measure was established in 2019, state regulators have generally taken that long to review casino applicants in The Prairie State.

“We look forward to working with the Illinois Gaming Board and the city of Chicago to bring a world-class entertainment destination resort to Chicago,” said Christopher Jewett, Bally’s VP of corporate development. It’s certainly another update on Americas Cardroom that denotes Bally’s great efforts to continue to expand its footprint.