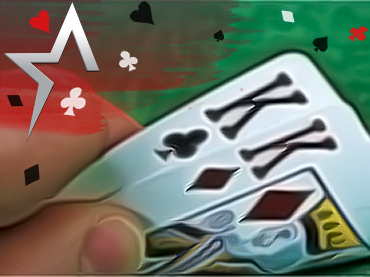 Pocket Kings can be a great hand to have, but only if you play them correctly

Many players on Americas Cardroom may wonder what the science really is about playing the best second starting hand in Texas Hold ’em. The reality is that there are some situations where Kings can be a tricky hand, especially if you find yourself in an early position. Having a strategy prepared in case you are subjected to this scenario is not a bad idea at all.

KK is obviously a massively strong hand, with only AA at the highest ranking. So, it goes without saying that you should be looking to raise before the flop with this particular hand. Regardless of your starting position, if there is no raise in front of you, you should turn on the heat. In the long run, limping is still profitable, but you will make less money overall than raising.

If the pot is already raised, you should re-raise it in almost all situations when you have kings in hand. Definitely 3-bet 100% of the time. A good raise is about three times the size of the original raise.

The way you choose to play the hand before the flop will dictate many of the decisions you will have to make after the flop. If you find yourself in an early position before the flop, you should be clear that your goal with KK is to take control of the pot and gather information about your opponents’ hands.

Generally, this hand is played by opening with a raise. If you are in an early position and make the decision to raise, you are sending a message to your opponents that you have a premium hand. This not only gives you fold equity, but at the end of the day, it wins you the pot in a continuation bet.

Ultimately, a pair of kings is a monster hand. Most of the time, the hand plays quite well. Don’t hesitate to play them aggressively. Playing slow is not unprofitable, but you won’t be able to maximize profits with a great hand that doesn’t appear too often.