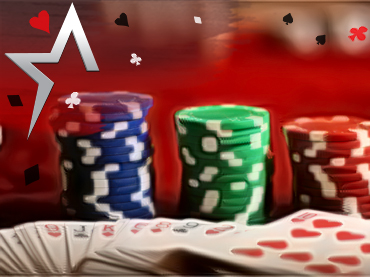 Expected value, or EV, is a concept in poker that refers to the most profitable play over the long run. Simply speaking, this means making a play that will win you more money than it loses in the long term.

While there are many different factors that can affect your expected value in any given hand, the basic EV formula is always the same. You simply take the amount of money you stand to win if your play is successful and subtract from it the amount of money you will lose if your play fails. In formula format, an EV calculation looks like this: (% of time we win x how much money we’ll win) – (% of time we lose x how much money we’ll lose) = EV

As long as the final number is positive, the play is considered +EV. Meaning that over enough simulations, it will succeed in making you money at the poker table. Of course, as implied by the italics in the previous sentence, expected value is just a statistical concept and in any given hand you could still lose money, even if you are making a +EV play.

To paint a very obvious example, if you are sitting in a cash game with 100 big blinds (BBs) and look down at pocket aces, getting all your chips into the middle of the pot will always be +EV (i.e. make more money than it loses over a long enough timeline).

However, it’s important to note that EV is not a static concept that can be applied across all scenarios equally. That idea becomes crystal clear when we take the pocket aces while sitting at a table with 100 BBs but transform the scenario from a cash game to a satellite tournament. Suddenly, if the chip leader shoves 120 BBs and you’re sitting comfortably in 2nd place with almost no shot of not winning entry into the target tournament, putting all your chips in the middle becomes a horrifically -EV, even with the exact same pocket aces!

Another factor to consider when trying to apply the concept of expected value to your poker decision-making process is that +EV does not necessarily equal Max EV, the latter of which often is a much more important factor. Because while it might be profitable to open-shove 25 BBs with QQ in a turbo heads-up SNG, it is far from being the most profitable way to play the hand (unless your opponent is a complete maniac who is calling shoves with much too wide a range).

So while you can’t technically go wrong blindly making plays with positive expectation at the poker table, especially when you’re a newer player still honing your skills, make sure to consider both the scenario in which the hand is being played, as well as alternative strategies that might have an even higher expectation (like limping, or making a standard raise, in the QQ scenario above).

If you do that while continuously seeking out situations in which you have the EV advantage, in time your bankroll will likely trend in an upward direction right alongside your EV graph. 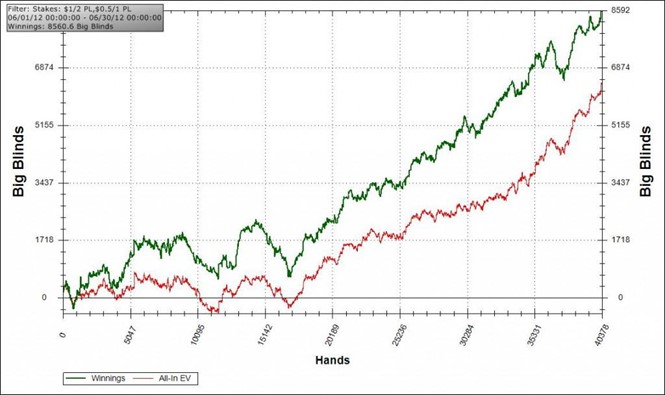