Golden State Warriors one game away from NBA title 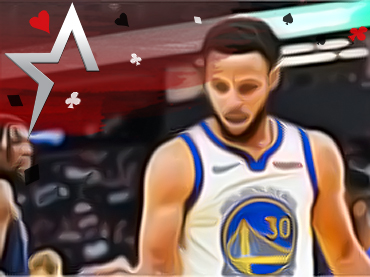 The Golden State Warriors are coming off a Game 5 win last night (Monday) over the Boston Celtics and are now one game away from winning the NBA title. The Warriors lead the series 3-2 after taking the last two contests.

Golden State won 104-94 as 4-point home favorites despite getting just 16 points from superstar guard Stephen Curry. It was a great defensive effort from the Warriors who have held the Celtics to just 89.7 PPG scoring in their three wins, all going Under the total. The two Celtics victories have both gone Over.

The NBA title odds at the Americas Cardroom sportsbook have now been updated and Golden State is a solid -350 favorite. Boston is +281 to win the championship but will need to come back and win both Game 6 and 7. That is a very big task, especially since that Game 7 would be played in the Bay Area.

Note that Game 6 will be played in Boston this Thursday night. The odds have already been released and Boston is a 3.5-point favorite with a total of 210. Game 7 will then be played on Sunday night, if necessary.

We will have an in-depth preview of that Game 6 here in the Big Blind Blog tomorrow. So make sure you come back and don’t miss it.