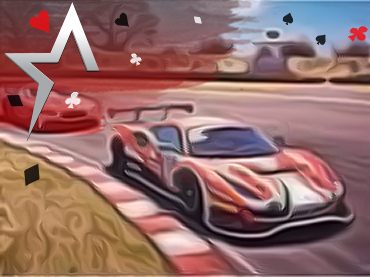 According to recent updates, real-world racer and eSports title winner James Baldwin will now return to the track to prove that his magic is still intact. Baldwin will join Garage 59 for this year’s TotalEnergies 24 Hours of Spa alongside Nicolai Kjærgaard, Manuel Maldonado, and Ethan Simioni, completing the lineup in the #159 Silver Cup McLaren 720S GT3.

After a strong performance and taking home the 2019 World’s Fastest Gamer competition title, Baldwin was awarded an entry in the 2020 British GT Championship, where he successfully competed in a McLaren 720S GT3 for Team Rocket RJN. His stay with Veloce Esports is still a reality, competing in major international eSports events and championships today.

British team Garage 59 will present two McLaren 720S GT3s at the Spa event in July, as part of its Fanatec GT World Challenge Europe powered by AWS commitment. The 24-year-old has been away from real-world tracks since 2020 but says his experience throughout that time in eSports has helped him to keep up the pace and come back with strong performances.

“I’m over the moon to be racing in the Spa 24 Hours and making the jump again from virtual racing to real racing, which is always my primary purpose, and what an opportunity,” said Baldwin. The competitor hopes this is the beginning of a much longer journey in real racing and says he feels very fortunate to have been given the opportunity once again.

Many Americas Cardroom fans will be watching him drive the McLaren 720S GT3 that he is so identified with. He says he loves the car and has enough qualities to help him gain important positions in the race.