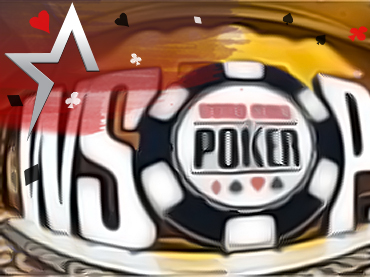 After two weeks of voting, a total of ten candidates have already been announced to be the new member of the prestigious Poker Hall of Fame of the World Series of Poker (WSOP) 2022. These nominees will be considered by 32 members who will assign a 10-point total ballot to determine who will be the next to receive this grand honor. Among them are three names that have never before appeared in this selection, Josh Arieh, Kathy Liebert and Brian Rast.

Joining the newcomers are players Elky Grospellier, Mike Matusow, Layne Flack, and industry representatives WSOP commentators Lon McEachern and Norman Chad, WPT Tournament Director Matt Savage and PokerStars founder Isai Scheinberg. The list has been eagerly awaited by many fans, including those on Americas Cardroom, as it is an event that highlights community figures who have brought a certain value to poker in general.

Those responsible for selecting the new member of the Hall of Fame will be the people who are already part of it. In total, there are 32 people who will have the vote to elect the new member of the club. Among the favorites to take this year’s honorary title is Rast, who recently turned 40, with a career that boasts $22 million in live earnings and five WSOP bracelets.

The other two newcomers to the nominations could also have a great chance in the competition. Arieh has won the same amount of bracelets and has $10 million in live earnings and was last year’s WSOP player of the year (POY). On the other hand, Liebert is one of the best-performing women in the world, is a member of the Women’s Poker Hall of Fame, and has a WSOP bracelet and $6 million in live cashes.

The winner will be announced on July 10 at the WSOP, where a special tournament has been prepared with an entry fee of $1,979, open to the public and with a bracelet on the line. The induction ceremony will take place on July 15, a few hours before the start of the Main Event final table.