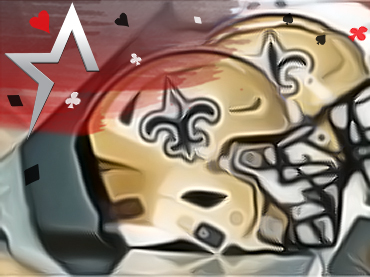 Another player on the 2021 New Orleans Saints practice squad no longer appears to be a presence for the upcoming 2022 season. The team made the decision to release backup running back Josh Adams yesterday, according to NFL Network’s Mike Garafolo. The player signed with the Black & Gold in November 2021 as depth behind Alvin Kamara, Mark Ingram II, Dwayne Washington and Tony Jones Jr., who returned for next season.

As many may already know, the Saints added former Baylor Bears running back Abram Smith as a rookie free agent, resulting in a loaded depth chart. The team must feel Smith is a better option to compete with Jones for a roster spot and make the move.

In addition to this, New Orleans technically had more players on the roster (96) than they were allowed by league rules (90). Not long ago, the team revealed the addition of 17 undrafted rookies in the draft and free agent Tyrann Mathieu, so some had to go.

They already released defensive tackle Jalen Dalton and cornerback KeiVarae Russell, so this appears to be a continuation of that process. It is possible that over the next few days, more related updates will continue to be reported in Americas Cardroom.

Any team looking for a running back whose skills combine speed and size could find an answer in Adams. At 6’2″ and 215 pounds, he ran a 40-yard dash in 4.48 seconds at Notre Dame’s Pro Day, stats that are certainly attractive. It’s a matter of time to see which team takes an interest in these skills.