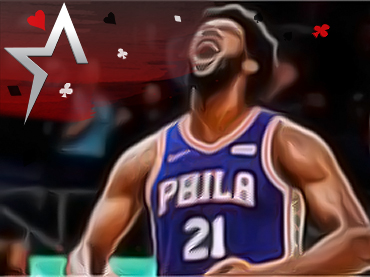 The Philadelphia 76ers have seen their title odds plummet as they head into Game 2 of their Eastern Conference semifinal series against the Miami Heat.

Center Joel Embiid (concussion, orbital fracture) missed the series opener on Monday. That was a 106-92 loss as 7.5-point underdogs. He is out again tonight as well and there’s no word on whether he can return for Friday’s Game in Philly. It’s going to be very hard for the 76ers to have any chance in this series if they lose tonight, no matter what Embiid’s status is going forward.

Philly is now +3150 to win the NBA championship at the Americas Cardroom sportsbook. That ranks them way below the other three teams (Boston, Miami, Milwaukee) left in the Eastern Conference. Note that the top two teams overall in the odds, Phoenix and Golden State, come from the Western Conference.