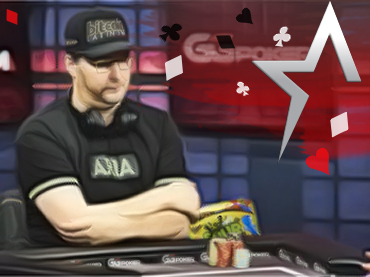 Tom Dwan was supposed to be Phill Hellmuth’s final heads-up match opponent, but some inconveniences made that not the case. The poker pro was forced to sit out today’s No-Limit Hold’em High Stakes Duel III due to various scheduling conflicts. This was confirmed by PokerGo.

The showdown would have been the third battle between Dwan and Hellmuth, but the multiple World Series of Poker (WSOP) bracelet winner will now face a player who has yet to be announced. Americas Cardroom users interested in this mystery matchup can tune in at 5:00 PM on the Poker Go subscription video service.

The first two battles were split between the two player’s poker pros. Hellmuth began by taking the lead while avenging a loss. The $200,000 buy-in bout in January saw Hellmuth go home with a win.

The “Poker Brat” had been making headlines over the past year with a 7-0 record in the format. Poker stars Antonio Esfandiari and Daniel Negreanu were also unable to overcome his power. However, that streak took a hit after losing a $100,000 buy-in game to Dwan during Round 2 of “High Stakes Duel III.”

Dwan has been an iconic player in the poker community, winning more than $5 million in live tournaments. The player is known for his success in high-stakes cash games, proving to be a skilled pro that no one can surpass. Meanwhile, Hellmuth has been an unstoppable player. It wouldn’t hurt to see this interesting clash of poker worlds, but it’s also intriguing to see who Hellmuth’s new opponent will be.