Nvidia in trouble with the SEC over cryptocurrency 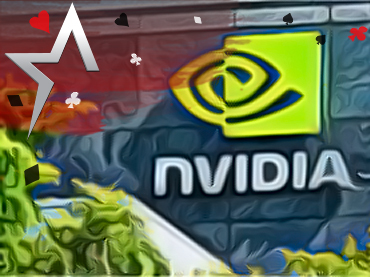 The US Securities and Exchange Commission (SEC) has penalized graphics card maker Nvidia $5.5 million for failing to disclose to investors how much of its 2017-2018 revenue came from cryptocurrency miners. The regulators confirmed the charges and the settlement with the company late last week.

In its ruling, the agency asserts that Nvidia misled investors by claiming a massive increase in gaming-connected revenue while concealing the extent to which its success depended on the significantly riskier cryptocurrency industry. As part of the settlement, Nvidia does not acknowledge wrongdoing but promises to cease any illegal omissions to provide information.

Many people, including Americas Cardroom users, use graphics cards like those Nvidia provides in order to be able to have great capability in their daily tasks, such as playing video games, poker and being able to get high-quality streams. However, it should also be noted that these graphics cards are suitable for Ethereum mining.

In 2017, the price of ether increased from around $10 to over $800, which led miners to buy new equipment. Nvidia’s gaming category, which is how the company reports these sales, grew 52% year-over-year in the second quarter of its 2018 fiscal year and 25% in the following quarter. However, the company never reported that this growth was being positively impacted by cryptocurrencies, according to the SEC.

According to Kristina Littman, head of the SEC’s Division of Enforcement, this allegedly deprived investors of “information crucial to evaluating the company’s business in an important market.” Given the critical nature of cryptocurrencies, Nvidia’s sales figures were not always indicative of future growth, which made investing in the company riskier.