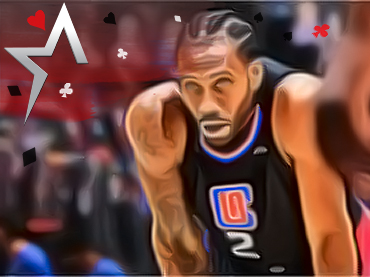 The NBA Playoffs have a rare off-day tonight (Thursday) but there is still plenty of betting options available at the Americas Cardroom sportsbook.

In addition to the conference and title odds, the series odds have also been updated. Take a look:

Miami took care of the first two games in South Beach, up 2-0. The 76ers have the homecourt for the next two games, starting Friday, but there’s no indication yet that center Joel Embiid (concussion, orbital fracture) will be able to play in either contest.

This is tied 1-1 as the series moves to Milwaukee. The Bucks have proven they’re still a tough team even without the injured Khris Middleton. Boston needs to diversify its offense and not rely so much on the 3-pointer (93 taken in the first two games).

Phoenix is up 2-0 and is playing very balanced basketball as the series shifts to Texas. The Suns can get scoring from several different players, where Dallas really needs to rely on the brilliance of Luka Doncic (40 PPG this series) to have a chance every night.

This is tied 1-1, but lower seed Golden State is the significant favorite as the series moves to Cali. The play has been very physical on both sides and the Warriors are angry after the ejection of Draymond Green in Game 1 and the fractured elbow suffered by Gary Payton II last game.