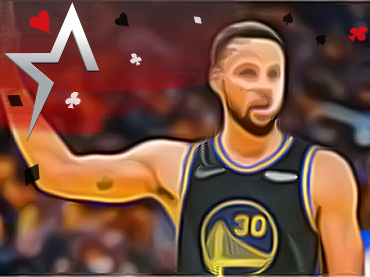 The NBA Finals matchup is set and it appears to be a great one with the Golden State Warriors taking on the Boston Celtics. Game 1 is on Thursday night in the Bay Area.

Game 1 Odds: Golden State is 3.5-point home favorite at the Americas Cardroom sportsbook with a total of 211.5 points.

Series Odds: Golden State is the -145 favorite while Boston is the +125 underdog. The most likely scenario in the Exact Series Outcome prop is the Warriors winning in seven games (+375).

Playoff Results: West No. 3 seed Golden State is 12-4 straight-up and 9-7 against the spread in wins over Denver, Memphis and Dallas. They are 5-1 ATS in their last six games. No. 2 seed Boston has had a much more grueling path after playing seven-game series the last two rounds. They are 12-6 straight-up and 11-6-1 ATS overall.

Injuries: Boston big man Robert Williams is still dealing with a knee injury and could be limited at the start of the series. Guard Marcus Smart is also banged up with various injuries but will play. Golden State has some injuries to bench players Andre Iguodala, Otto Porter and Gary Payton Jr. Their status will become clearer later in the week.

Summary: Golden State is looking for the fourth championship in the Stephen Curry, Klay Thompson and Draymond Green era. Boston doesn’t have a single player who has ever even made it to the NBA Finals before. On paper, this is a really close matchup that should go seven games, but I have a feeling that Boston is a year away from their ultimate goal.