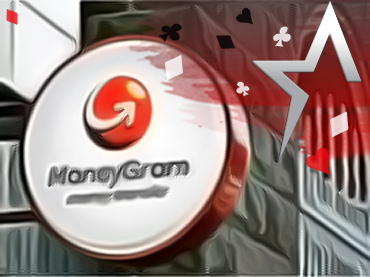 International transfer services company MoneyGram has partnered with Stellar Blockchain to create a platform that will use stablecoins for money transfers. This service will allow Stellar users to send USD Coin (USDC) from Circle to recipients. According to the announcement, these users who receive the digital asset will have the ability to cash them out for fiat currency through the MoneyGram network.

It appears that one of the focuses is also on El Salvador, as the company said it is in talks with third-party companies that provide digital wallets in this country. Through an agreement with one of those companies, MoneyGram could also be in the Bitcoin (BTC) transfer race. As had been announced in Americas Cardroom, the Latin American country made BTC legal tender last year.

“If a country like El Salvador is going to make Bitcoin seamless with US dollars in country, I think that consumers, through MoneyGram, should be able to transfer Bitcoin to El Salvador or transfer dollars and convert them to Bitcoin,” Holmes said. “If that’s where the world is going, let’s participate in that world, and let’s see how we can help fulfill that opportunity.”

In the middle of last year, MoneyGram was strongly interested in acquiring Stellar Development Foundation, the organization that manages the Stellar blockchain, and private equity firm Advent International. Months later, the company partnered with Stellar to develop a cryptocurrency remittance service, launching a pilot plan in November.

Poker: No Limit, Pot Limit, or Fixed Limit – Which Is Right For You?
8 mins