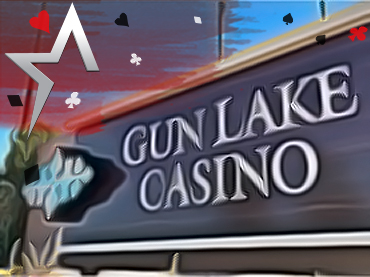 The casino first announced its upgrade plans a year ago

Expansions and renovations in different casinos around the country continue to be a constant news item in Americas Cardroom. The latest to join in this strategic move is Gun Lake Casino which is preparing to bring to life a $300-million expansion. The idea is to create a 15-story, 252-room hotel and a 32,000-square-foot aquadome containing three swimming pools.

The expansion was initially announced in April of last year, and if all goes according to plan will be ready by March 2025, according to Gun Lake Casino spokesman Zach Harig. According to a press release, the main goal of this expansion is to transform the casino “into the entertainment destination of the Midwest.”

Harig made it clear that the tribe has been waiting for several years to implement a hotel in the casino. No further details about the project were provided at this time. However, going back to a press release issued last year, it was announced that the expansion would have several hotel amenities, such as luxury suites, a restaurant, and a full-service spa.

Approximately eight months ago, the casino opened a 72,000-square-foot expansion with more seating for live concerts and sporting events. The investment also included outdoor fire-lit entertainment, additional gaming space, enhanced outdoor features, and the ability for a guest to place bets on sporting events. Match-E-Be-Nash-She-Wish Band of Pottawatomi is the current owner of Gun Lake Casino.