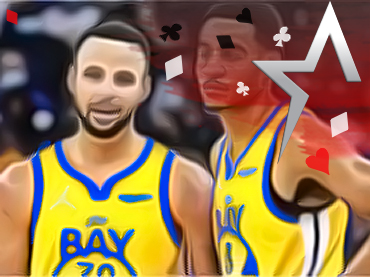 The Golden State Warriors, the NBA’s most dominant team of the last decade, are the new favorite to win the title at the Americas Cardroom sportsbook.

The Warriors made five-straight NBA Finals appearances from 2015-2019, winning the title three times. The team this year is a good mix of the old veterans (Stephen Curry, Klay Thompson, Draymond Green) and the new guard led by Jordan Poole.

Golden State survived against Memphis last night (101-98 as 9.5-point home favorites) to take a commanding 3-1 series lead. Memphis star guard Ja Morant (knee) missed that contest. Golden State was the +210 favorite to win the title before that game and have now dropped to +192 as you can see below.

The Warriors have also benefited from the unexpected struggles from Phoenix (+295), who dropped the last two games in Dallas to tie their series at 2-2.

Over in the Eastern Conference, the odds show that the Celtics (+363) are the clear favorite after tying up their series (2-2) last night with Milwaukee. Miami and Philly are also tied 2-2 with Game 5 in South Beach tonight.