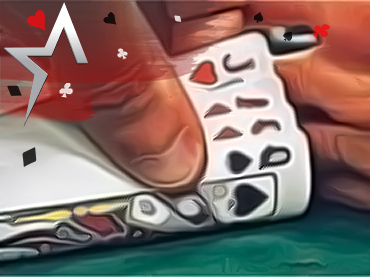 Pot Limit Omaha (PLO) is a recent variant of the game originating sometime in the 1980s. A cousin of traditional Texas Hold ’em, in this variant, players are dealt four hole cards instead of two, and must make a hand with two of their four hole cards and three of the five community cards. PLO is perhaps the fastest variant of poker because of the two additional cards dealt to each player. Even so, this does not mean that it is an easy game to master. This is especially true when it comes to the bets made here, as you must have a solid strategy if you really want to succeed.

In essence, PLO means that players can bet anything that is in the pot as well as their stake. There are other variants, such as no-limit Omaha and fixed-limit Omaha, but none are as popular as PLO. PLO tends to invite larger bets, and it’s relatively common for players to bet everything, so you’ll need to keep your wits about you when betting.

For example, in a $5/$10 pot-limit game, the blinds will be posted as usual, which at the end of the day will create a $5 pot. The first player to take action has the possibility to bet from $10 up to as high as the pot size, which is $15.

Should he decide on the latter option, then the pot size is now $30, and the next player to act will have to call at $15 if he wishes to play in the hand, but he can bet up to $45 if he wants to raise. The $45 comes from the $30 that was already in the pot, in addition to the $15 he was required to call to play.

When it comes to strategy, learning to control the pot is just as relevant as learning to float, bluff, or even control the raise. Having this in hand will allow players to keep the pot as small as they want to minimize risk or make it as big as possible to make sure they get paid for their monsters. Anyone who has the ability to control the pot will probably go home with a large amount of money.