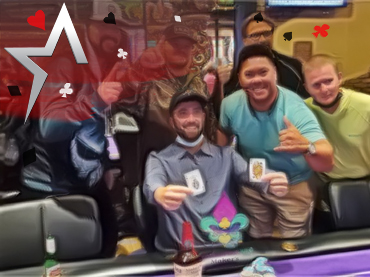 Fox 8 reports that Jeremy Alesunder Reynolds, 32, a suspect in the shooting, had barricaded himself inside the Canal Grocery shop in Biloxi. The store is a hotbed for poker, and police tear-gassed it. Authorities have not yet revealed the cause of his death, but he was discovered dead inside the store.

Reynolds is believed to have shot and killed Moeini (51) and two other people at Broadway Inn Express, a motel owned by the poker player. He then allegedly fled the scene. Witnesses and police say that Reynolds then shot and killed 52-year-old William Waltman. Chad Green (55-year-old employee at the hotel) and Laura Lehman (61-year-old resident and employee of the hotel) were the other victims.

WLOX News New Orleans reports that the incident started Wednesday morning at 9:15 AM with an argument about money. It quickly escalated into a deadly and violent situation.

“For the community, we’ve had a tragic loss. For the city of Gulfport, we’ve lost one of our coworkers. Mr. Waltman was a contract employee with our Public Works department and provided a lot of leadership to our teams, and so there is a great devastation within that department and with all our city employees. Words don’t suffice for what we’re dealing with,” said Gulfport Mayor Billy Hewes.

According to Hendon Mob, “Moe” earned more than $520,000 in total live tournament cashes. His most recent cash was in January 2020. He finished ninth in a $2,000 High Roller No-Limit Hold ’em Tournament.