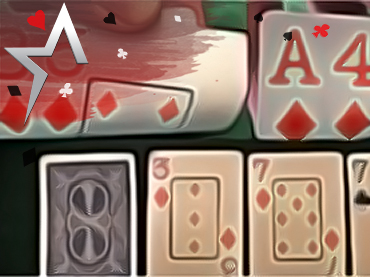 There are some guaranteed ways to lose at the Texas Hold’em tables, but they can be avoided

Losing at poker is definitely not the goal of any player who sits down to play cards, but unfortunately for most, it is the norm for countless players who inhabit the poker tables, both live and online. Reasons for this are many and varied, but some seem to be much more obvious than others. They may be fundamental reasons why most novices end up losing when playing Texas Hold’em, but considering them could go a long way to avoid them as much as possible.

One reason that may sound nonsensical, but is very common, is lack of knowledge of the game. Today there are a lot of players who decide to give poker a try without even having learned the ABCs of the game. Not knowing enough or at least the basics of the game causes novices to lose a lot of money. This not only defeats the main purpose but can lead to early frustration.

Aggressive betting in inappropriate scenarios is another reason that makes money fly out of pockets. There will always be a right place and time to make an aggressive move; however, not many novices have the ability to detect both of these factors correctly. Believing that passive play is a sign of weakness, they adopt an aggressive posture and place bets that are simply out of tune.