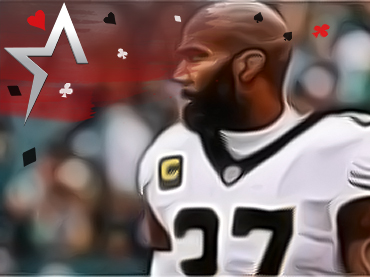 Recent roster moves mean that the New Orleans Saints must now look for a good safety in free agency or in the draft because they will no longer have Malcolm Jenkins for the upcoming NFL season. Jenkins, now a former Saints and Philadelphia Eagles player, announced his retirement via The Pivot, Ryan Clark’s podcast. He was under contract with the NFC South team through the end of the 2023 season. However, his decision came earlier than expected, after playing 13 seasons.

The deep safety Jenkins, the only player in the NFL to beat Peyton Manning and Tom Brady, two legends of the league, in Super Bowls, made the announcement yesterday. “I’m excited to announce that after 13 seasons, I’m retiring. It’s been a long journey and all of a sudden, you know this is the right time to make this transition and get it over with,” said the defensive back.

The 34-year-old veteran beat Manning’s Indianapolis Colts with the Saints in Super Bowl XLIV and was part of the Eagles’ Super Bowl LII victory over the Brady-led New England Patriots. Jenkins, a three-time Pro Bowl selection, highlighted these accomplishments and the way he was instrumental with the two teams he defended.