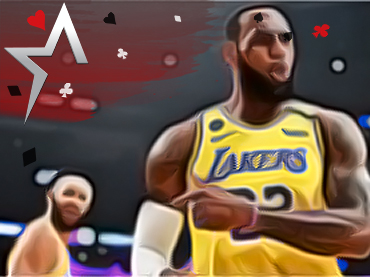 A poor season for the Los Angeles Lakers is close to becoming an absolute nightmare. That’s because the team is dangerously close to missing the postseason.

The Lakers missing the playoffs was unthinkable before the season began. When we looked at the preseason odds to win the championship, Los Angeles (+375) was second among all NBA teams (only trailing Brooklyn).

Now, the odds show the Lakers are +12000 to win the NBA title. They are +5500 just to win the Western Conference, which is tied for 8th. You can see all the conference odds below, with red-hot Phoenix (+108) now the solid favorite. Memphis (+700) has also been hot and has really moved up the oddsboard lately.

The Lakers are coming off a 128-110 road loss at Dallas on Tuesday night. That means they are now tied with San Antonio for the 10th seed in the conference, with the Spurs having the tiebreaker. Los Angeles needs to capture that spot to even qualify for the play-in tournament.

LeBron James (ankle), who is leading the league in scoring at 30.1 PPG, sat out last game. Big man Anthony Davis also hasn’t played since mid-February but is expected back in the lineup soon. However, it seems that bettors have little faith in the team turning its season around.